After our visit to Detifoss we set off on our journey to Djúpivogur on the east coast. Most of the way was on Route 1. The weather was dull but mostly dry but cloud levels were low so views were not great. We stopped off at Egilsstaðir, the largest settlement in eastern Iceland with a population of just over 2,000, for lunch, food shopping and of course a visit to Vinbudin the state liquor store.

Shortly after leaving  Egilsstaðir we left Route 1 for a shortcut on Route 939, a gravel road also called Oxi after the pass it goes over. If you think of Oxi as a gravel road in the mould of The Wrynose pass but about 18k long then you get some idea of what it’s like. Add in the complication of it being in the clouds with resurfacing work going on but with no contraflow and you will see that made it an interesting drive. However, glimpses between the clouds showed some fine potential views so we returned to drive over in good weather a few days later, see photos further down the blog.

Now you may have wondered why the title of the blog is ICELAND-LAND OF FIRE, ICE AND LUPINES, well the lupine part anyway. The reason is that Iceland is covered in them. Apparently they were introduced from Alaska to stabilise the soil.

Our accomodation was one of some fine cabins at Bragdavellir Farm about 10k past Djúpivogur. The best place we stayed. Well appointed cabin, excellent WiFi, pleasant, helpful owners and fine walks on the farm itself, what more could you want? Oh, and its own 30m high waterfall Snædalsfoss.We were staying for four nights, many people only stay a night and there were quite a few entries in the visitors book regretting not staying longer.

We had some fine walks on the farm from the cabin.

And a short phone video from the same spot. A superb spot for a wild camp, now where’s my tent?

We decide that we wanted to back over The Oxi Pass in  good weather and fortunately a break in the weather allowed us to. The map below has the route. Our cabin is marked with a pin near the bottom of the map. We followed Route 1 north along the coast to Breiðdalsvík, a small fishing village. Then Route 1 goes inland, becomes a gravel road and gains height through some splendid scenery until it meets the Oxi pass road, Route 939. Enjoy the photos.

The nearest village to the cabin is Djúpivogur about 10k away. Djúpivogur has a pleasant harbour, with an excellent cafe with a museum attached. I can thoroughly recommend the cakes at the cafe and the only hotel has a restaurant where we had the “unofficial” Icelandic national dish…pizza! It seems to be on every restaurant’s menu, probably because it is relatively cheap. 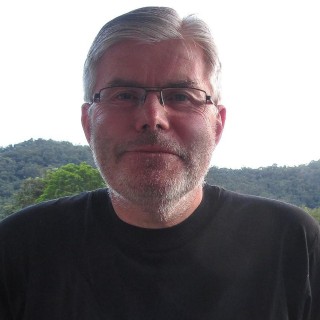 To view any of my Social Hiking maps go to http://www.shareyouradventure.com/user/profile/prb43

The blog for all who want to learn German...

A tale of early retirement in the UK, motorhomes and life in general

travels in our WildAx campervan

Exploring the soul of Tranmere Rovers

Jack and Elaine's 2017/2018 tour from Spain, by road, down to Greece and then up to Poland before heading home

Our Bumble
theadventuresofmrsbyrne
Adventures in A Campervan

Always on the lookout for our next Adventure, either in our VW Campervan or worldwide

...and a few more reasons for climbing mountains

Wandering in the Cairngorms and other lesser ranges, by Neil Reid

Walking The Wainwrights and Wandering the Globe

You can walk anywhere, you just need enough time.

walkwithtookie
Twonkytales of the unexpected

A Life's Walk
Around the hills

A Blog on the Landscape!

A Rucksack with Legs

the musings and meanderings of a part-time backpacker and hiker.

An introverted geek that is just trying to get out more!